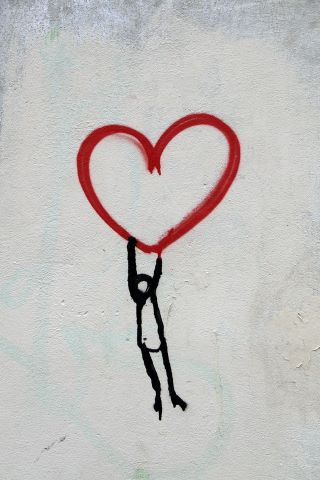 Self-criticism, or judging oneself harshly, is a pretty common phenomenon. At some time or another, most people have told themselves that they “aren’t good enough.” You may have even noticed yourself occasionally criticising others. Ever get frustrated in traffic and catch yourself judging another driver harshly (e.g., “Can you believe that guy! He didn’t put on his indicator…what an idiot!”)? Like it or not, if you are old enough to drive and/or make mistakes, you’ve probably engaged in this type of thinking at some point. However, criticism of oneself and others can lead to negative consequences and has been associated with various mental health problems, including anxiety and depression.

So, how can we deal with that harsh inner critic or that part of ourselves that may be critical of others? First of all, it’s important to note that when we are critical, we are often looking backwards at the things we or others have done and it is often accompanied by feelings of disappointment, regret and maybe even anger or frustration. It is rarely forward-looking, encouraging and supportive. Imagine a child learning a new skill being told that she isn’t concentrating hard enough and could do better if she only tried harder. Clearly, that style of “teaching” would not be considered productive and the child would be more likely to give up on learning that skill. If we are truly upset with our own or someone else’s behaviour, it doesn’t seem that being critical will do anything to fix future behaviour, now does it? On the other hand, being compassionate may actually help us develop confidence and inspire us to change.

What does a compassionate stance look like? It’s about being patient and tolerant, being kind, caring, empathic and helping, recognising distress and responding with warmth, support and encouragement, and looking at past difficulties with a view to learning from them, not judging them. Importantly, compassion can be directed towards ourselves (i.e., self-compassion) and towards others and there is a growing body of research that suggests that practicing compassion is good for our well-being. Therefore, a compassionate response in the example above with the child and her teacher would look quite different. A compassionate teacher would be more inclined to recognise and acknowledge how hard it can be to learn a new skill and that the skills that are worth learning can be quite challenging for many people. The teacher would make an effort to identify and focus on what the child can already do well and build on those skills, making sure to offer praise for any attempts at the new skill. The teacher would also work with the child to understand what the child is struggling with and provide her with feedback that can help her improve. Importantly, being compassionate in this instance would mean that the child had the opportunity to practice the skill in an environment that was safe, encouraging and supportive where making mistakes was simply part of the process. We can similarly show ourselves this same level of compassion when we notice that inner critic inside our heads. When we fail, make mistakes or aren’t living up to the some standard we’ve set for ourselves, we can demonstrate self-compassion by acknowledging our feelings of anger or disappointment and focusing on the fact that no one gets through life without failures and setbacks. The ability to cope with and learn from such disappointments is arguably what makes one successful.

The next time you find yourself berating someone (including yourself) ask yourself, how is being critical helping me? You may very well find that it is in fact, hindering you. If you notice that you are far too often critical of yourself or others, then seeking the support of a psychologist who can help you learn to be more compassionate, may prove useful.

What do I do when I feel so bad? 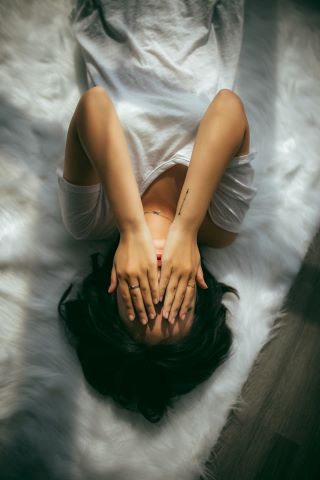 Have you ever noticed yourself or others acting in a way that seemed out of proportion to the circumstance? Let’s take the extreme example of “road rage” – the sudden violent behaviour of a driver provoked by the actions of another motorist on the road. Most of us would say that being cut off by another car is irritating and down right rude and we might even feel anger in such a situation but not all of us would act violently. Let’s take another emotion, like fear. Ever feel anxious in social situations? Well, you would not be alone. In fact, about 1 in 20 people suffer from a social phobia. Some people are so afraid of being judged that they avoid certain activities altogether such as eating in front of others. So, what do these two examples have in common? They are both examples of strong emotions that are associated with an action urge (e.g., attack vs run away/avoid). They are also illustrations of when our emotions and subsequent behaviours do not seem justified or warranted. In other words, they are out of proportion to the facts and are clearly ineffective ways of coping.

Now, let’s be clear. There is nothing inherently wrong with feeling angry or fearful or any other emotion for that matter. What can become problematic is how we react and manage our emotions. We can all probably agree that acting violently towards someone who cuts us off in traffic will do no one any good. Similarly, we might all be in agreement that avoiding common social situations altogether, like dinner with friends, would be rather debilitating in the long-term. But what are we meant to do when we feel compelled to act in a way that is clearly not helpful?

Next, we must ask ourselves if the emotion we are experiencing – both the intensity and duration – fits with the facts. In other words, is my fear/anger/sadness etc. justified and warranted? It’s okay to be annoyed at the driver who cuts you off but it’s not justifiable to feel such intense anger that you lash out violently. Again, it’s perfectly normal to be nervous at a social function but it would be considered extreme fear when you cannot attend any social gatherings whatsoever because you fear being judged by others, including those who know you well.

After we’ve checked the facts of the situation to determine if our emotions fit, we should identify and describe our action urges. In other words, what do I feel compelled to do right now? Do I want to attack someone? Do I want to avoid this situation entirely or run away? Then we need to ask ourselves if what we feel compelled to do is actually effective in this situation. If our emotion and action urges seem out of proportion or are likely to be unhelpful, then we must act the opposite. Therefore, the last step in managing problematic emotions and subsequent behaviours is doing the exact opposite of what we feel compelled to do!

Psychological therapy can help us learn to identify problematic emotions and their associated action urges. This will help change our behaviour in healthy ways and ultimately improve our lives. There are many skills involved here that fall under the umbrella term of emotion regulation and include such things as problem solving, acceptance and relaxation exercises. The good news is that all of these skills can be learned by everyone and if practiced regularly, can be highly effective in coping with negative emotions.